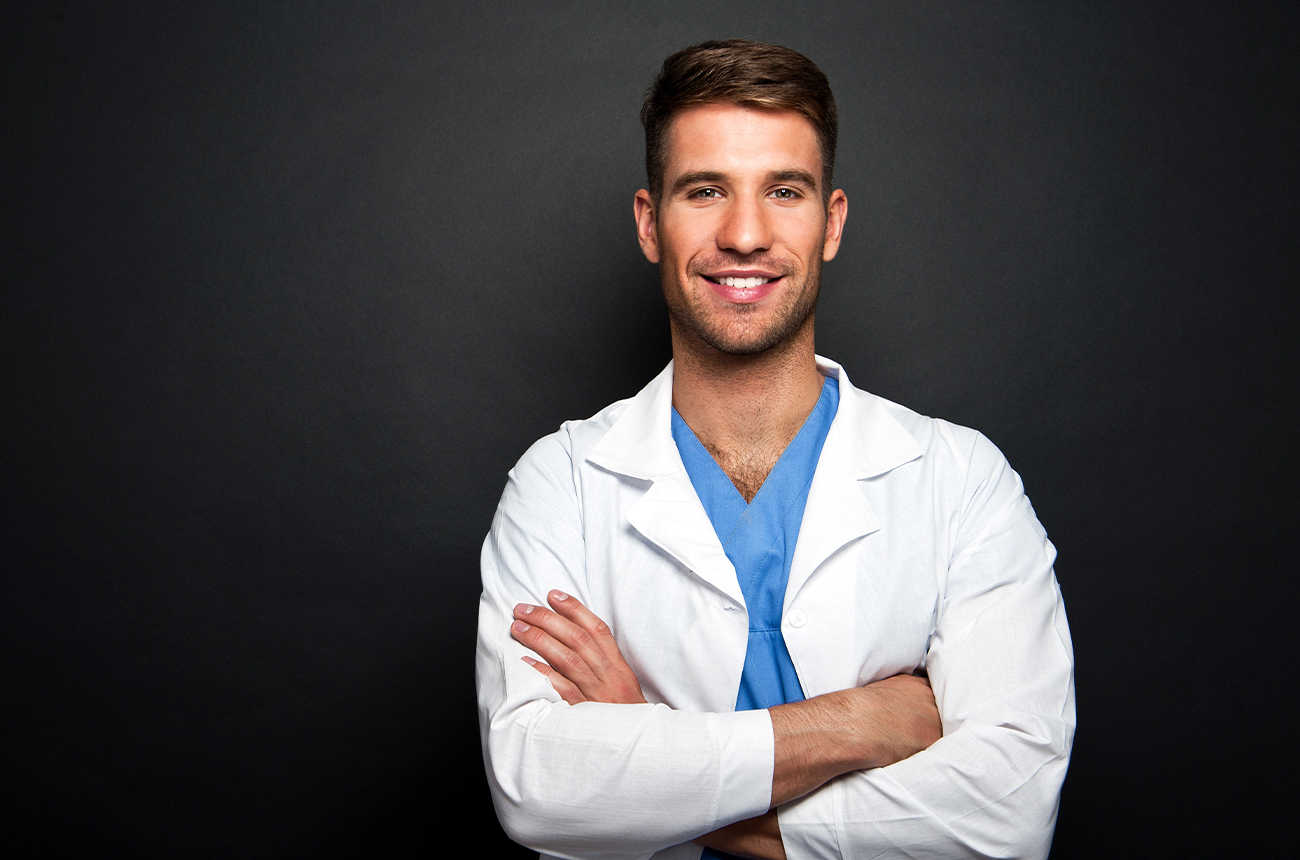 NATUROPATHIC DOCTORS IN SAN DIEGO, WHERE TO GO, AND WHAT DO THEY DO?

WHAT ARE NATUROPATHIC DOCTORS?

Naturopathic doctors are known to be trained as well as educated in a naturopathic medical college that is accredited. Basically, their aim is to focus on the prevention, diagnosis, and treatment of chronic illness so that optimal health can be restored or established by affirming the process of self-healing. Self-healing through encouraging the power of nature is the key point here. Naturopathic doctors will only focus on the course of the illness instead of focusing on specific symptoms. He will then come up with a personalized treatment plan to address them. What this means is, a naturopathic doctor will entirely consider factors that concern the overall person’s health. This will include exposure to the environment, diet, habits, and genetics, history exercise as well as social and emotional factors. The main goal for naturopathic doctors is balance restoration in the body to support its healing process naturally.

WHERE DID NATUROPATHY BEGIN?

The naturopathy’s principles were for the first time implemented in about 400 BC by a medical school known as Hippocratic. Hippocrates, a Greek philosopher had a belief in focusing on an entire person to find the root course of a disease and then utilize the laws of nature to breathe life to cure. it is from this original school of thought that naturopathic medicine took the following underlying principles.

This is a naturopathic medicine principle that believes in removing any obstacle to health. A state of nature of one’s body can be disturbed by obstacles that can result in disease. The very first step that maintains good health is removing the entities that can disturb the health like poor dieting, disturbances related to digestion as well as chronic and inappropriate stress levels, and much more. In this case, Naturopathic doctors will heavily invest in building a healthy regimen to ensure they change and enhance the terrain in which the disease occurred based on individual obstacles to health.

The body has its innate natural ability to heal itself. On this ground, naturopathic medicine doctors use therapies that stimulate and strengthen the individual body’s self-healing as well as curative abilities. The therapies we are talking about here will heavily include clinical nutrition modalities, constitutional hydrotherapy, homeopathy, botanical medicines as well as acupuncture.

It is a principle and naturopathic strongly believe that there is a root cause of the disease, Emotional or physical. After identifying the bottom root of the disease they can now start coming up with a full plan of eliminating the cause.

Naturopathic medicine doctors will never utilize treatments that may create other conditions. They are trained highly trained to implement pharmacologic substances to end the progress of pathology. The pharmacology skills and ability they own allow them to use the drugs when necessary.

In this step, Naturopathic medicine doctors empower the patients on how they can maintain their health or the steps they can take in achieving their better health.

When naturopathic doctors prepare the full plan, all the aspects of a person’s being are taken into consideration.

WHAT ARE THE DOS OF NATUROPATHIC DOCTORS?

Naturopathic doctors are highly trained to diagnose the existing causes of health issues by using the least invasive and least toxic therapies. They never focus on just the health condition itself but what might be triggering the disease. By going direct to the bottom of the problem, naturopathic remedies support the self-ability of the body to prevent and combat the disease, deterioration, and inflammation as well. Naturopathic medicine doctors have also specialized in preventive care. What this means is that they establish a habit now that will prevent the outbreak of the disease in the future. Naturopathic doctors are continuously being increased in number so that they can effectively offer the help the patients develop and adopt a healthy lifestyle that will enhance their overall long-term health as well as well-being.

Naturopathic doctors have offered to provide relief through giving treatments option as well as holistic perspectives to millions of residents with chronic conditions in America. They have managed to address a broad range of health issues that are chronic such as heart disease, diabetes, chronic pain, asthma, allergies, respiratory conditions, menopause, fertility issues as well as chronic fatigue syndrome. This has resulted in field popularity and support among the legislator to continue licensing naturopathic doctors across the country.

WHERE TO WORK AS A NATUROPATHIC DOCTOR?

WHAT SHOULD A NATUROPATHIC DOCTOR ASSESS?

A well learned and trained naturopathic doctor will focus on assessing you about your diet, lifestyle and the environment you are living in and the background of your family. He or she will also assess any other ailment history and complaints that you may have hard in the past or may be related to your family background. After taking all this history, the naturopathic doctor may also want to use another methods such as iridology, blood analysis, kinesiology, stool as well as analysis of the urine, hair analysis and functional testing as well.

WHAT IS THE INVOLVEMENT OF NATUROPATHIC CARE?

Naturopathic doctors implement a combination of two methods to manage a broad range of conditions related to health. These methods are traditional methods as well holistic therapies. The traditional method may involve performing surgeries that are minor and x-rays while holistic therapies may include botanical medicine. Therapies performed by naturopathic doctors many of them help in the body’s mechanism of intrinsic self-repair. Naturopathic doctors concentrate on imbalances underlying as well as the triggers of the ailment rather than simply just treating the symptoms of the ailment and sending the patients away. Then after identifying the root course they can be able to determine the support that is necessary to re-balance the natural healing of the patient’s body.

The naturopathic doctors' healing process can involve nutrition counselling, hydrotherapy, botanical medicine, and minor surgery as well as homeopathic treatment. That is all that the naturopathic doctors involve when dealing with patients with different ailments conditions and sometimes they may decide to do more in case the Cause of the patients ailments prompt them to.

HOW TO BECOME A NATUROPATHIC DOCTOR

The desire to become a naturopathic doctor may prompt you to do the following after acquiring your bachelor’s degree. Visiting universities that are council on naturopathic medical education accredited is necessary so that you reward your career as a naturopathic doctor. So as to get the licensure for naturopathy to practice the accreditation is always necessary. Physicians related to naturopathic have undergone high training and have the sturdy of the latest advances regarding conservative as well as non-invasive modalities to combat the illnesses and the symptoms of the patients. The courses that make you stand in as naturopathic doctors are anatomy, physiology, pharmacology, pathology, biochemistry, and many more. The course will also prompt you to complete a minimum of 4100 hours of class as well as clinical training.

In San Diego, US, or Canada you can practice being a naturopathic physician if you have gone through a naturopathic licensing exam (NPLEX) that is conducted by the North American Board of Naturopathic Examiners (NBNE). This Exam is necessary for your license in the state or province you are intending to do your practice in. Naturopathic doctors are considered to be primary care with the ability to diagnose, treat and prevent ailments in licensed states. It will be hard for a naturopathic doctor to diagnose or treat illnesses in most of the pre-licensed states but he or she can serve as health consultants or wellness coaches. They can also manage to use botanical medicines or homeopathy. To understand the requirement you are intended to practice Naturopathy, you will have to check with the state first. Ensure to do your research deeper about the licensed state and pre-licensed state in order to start your naturopathy career.

Naturopathy is the most widely known, used, and as well recommended form of medicine today and has been of much help to many patients suffering from different ailments. The naturopath in San Diego has come up with the merits and demerits of this method and are as follows.

The doctors use oils that much help the body to acquire the minerals that are natural and other nutrition required by the body. These oils also contain a positive impact on the mind as well. The doctors also embrace the use of lavender or tea tree oil that supports the patient’s body acne and muscle rupture to cure.

The greatest thing that naturopathic doctors does in San Diego ensures that they promote the understanding and amongst the people about the innate ability of the body to cure itself. The main idea, in this case, is to cure the root cause and ensure the normal function of the body is restored.

It also helps in prevention of hereditary diseases by observing the necessary precautions from the very basic level. In this Naturopathic medicine method, the body type and metabolism is key consideration when it comes to treatment and not categorised into groups as other disease are used to. The method is also considered to be cost-effective as one medicinal plant entails a lot of properties. The medicinal plants cure all the diseases and as well prevent others from happening. Due to the research done, Naturopathic doctors in San Diego has come up with many methods and ways to cure most of the diseases.

One of the Demerits is that, the method or medicine is not efficient and effective to handle medical emergencies. The second disadvantage is that, the exercise involves a long process as the treatment will include the study of the family history and the background.

The entire process is slow as it takes a lot of time to impact the body and as well cure the disease. Giving a dose include trial and errors because each human body has its own unique working system and its method that react to something and this makes a person to take time so as to get used to a certain medicine.

WHERE TO GO WHEN IN NEED OF NATUROPATHIC DOCTORS

If in the following states, then naturopathic doctors are licensed or registered and you can visit or find one to help you recover from your ailment. California, Utah, Arizona, Colorado, the District of Columbia, Hawaii, Kansas, Maryland, Minnesota, Montana, Washington, Oregon, North Dakota, Idaho among many others. The provision that is legal permit the naturopathic medicine practise in several other states. In Manitoba, Ontario, Nova Scotia British Columbia, naturopathic doctors are also much recognised.

Naturopathy method of treatment is not implemented to cure a specific ailment or disease. It is a complementary therapy in such way that it can be implemented alongside other medical or therapeutic techniques. For any serious cases or chronic ailments before using naturopathy, you can consult your doctor first to guide you appropriately. Any person who may advise to abandon your conventional medical treatment, you should treat that person as suspect. That is all you need to know about naturopathic doctors, what they do, how to be one of them and where you can go especially if you are in United States of America.