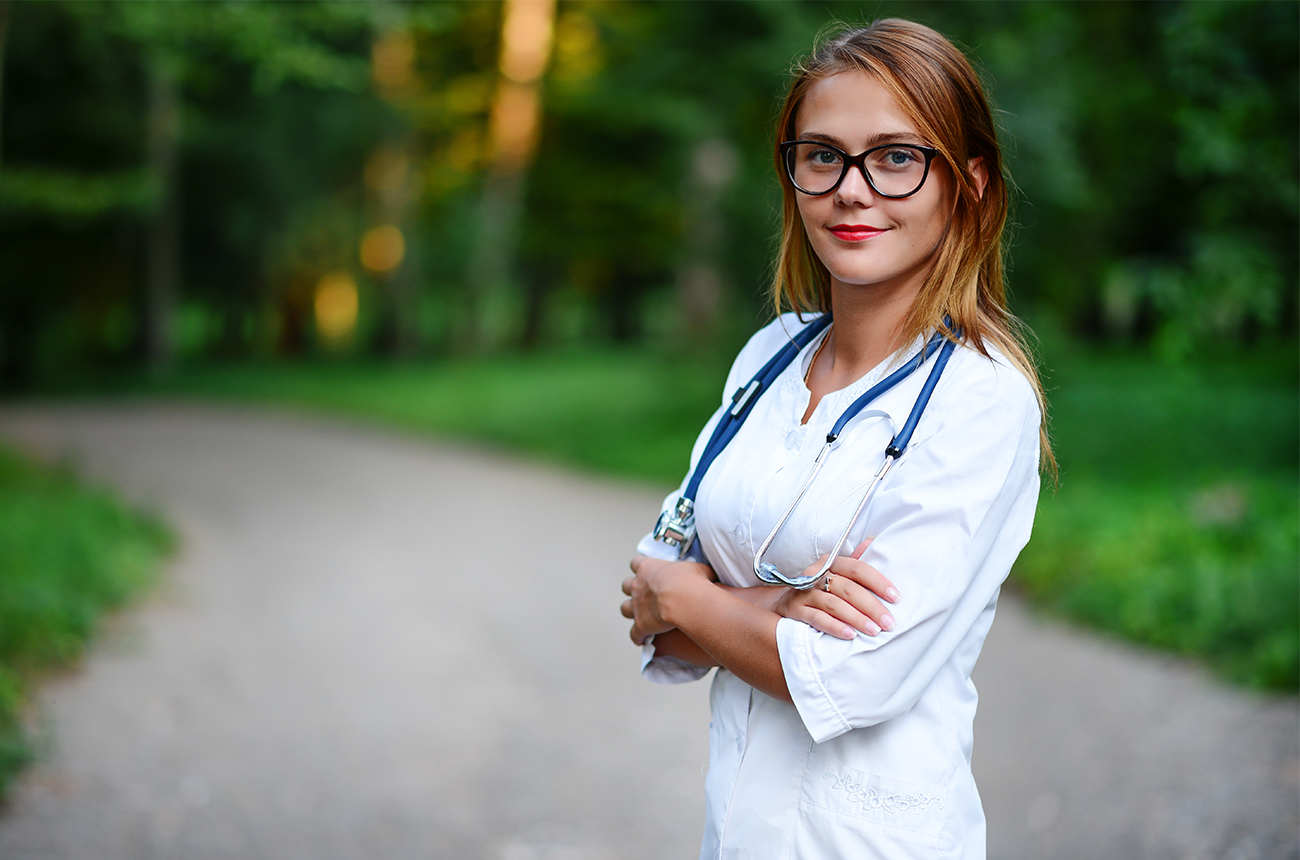 SIBO, WHAT IS IT?

Nothing feels so awful and not only physically but also psychologically tormenting like walking up in the morning your stomach aching so badly, bloated that you can’t button your pants. Regular stomach bloating and gas or at one point in life you were diagnosed with IBS, the likelihood for you to have SIBO small intestinal bacterial overgrowth is very strong. Any stomach bloating is not considered normal even if you don’t experience extreme abdominal swelling. This is a sign of inflammation in the intestine and most likely may be the SIBO related symptoms. Let’s dig deeper for a better understanding of what SIBO is, its symptoms, cure, and how we can prevent ourselves from SIBO here in San Diego for a better gut health.

This is an overgrowth related to intestinal bacterial which is an atrocious condition that affects the small intestine. The condition only occurs when the small intestines experience an increase in the bacterial population. These bacteria can also exist in other body parts but in small amounts and they can be regularly eliminated. This bacteria starts to use up the body's nutrients resulting in pain, diarrhea as well as malnutrition. Small intestinal bacterial overgrowth (SIBO) in San Diego is common more than previously doctors thought. Females, Older adults as well as people suffering from digestive issues are prone to SIBO.

Let’s Think Human Microbiome as a rainforest wherein harmony many dissimilar species together live. These species are very crucial as they play a vital role in your immune system, bone health, thyroid function as well as overall health. In your large intestine and colon as well is where most of your gut are meant to be found. Their function is to ensure the breaking down of food, vitamins synthesizing, and waste elimination. However, poor medication and dieting that is poor can make your rainforest to be unbalanced. These will permit the bacteria in your large intestine and colon as well to overgrow and take over your small intestine.

Let’s learn more about your gut health right here right now. Naturally, the human gut is lined with mucus.  This mucus act a great role as it lubricates and protects your gut. Moreover, if the intestinal bacteria overgrow it creates an opportunity for damage to squander your guts mucosal lining. That is when bacterial biofilms rise, getting attached to your cell wall, making them difficult to control. While in control of your small intestine, the bacteria that have overgrown thrive by consuming that food that is not digested passing through. The fermenting carbohydrates process produces hydrogen which can consume the single-celled organism found in your small intestine known as archaea that produce methane after. That excessive gas produced during this time in your gastrointestinal tract is what results in severe bloating when suffering SIBO.  In this article expect to learn more about SIBO. What are the symptoms, risk factors, SIBO complications, and the diets to hook on so as to relieve symptoms?

WHAT ARE THE SIGNS AND SYMPTOMS OF SIBO

Small intestinal bacterial overgrowth (SIBO) signs and symptoms and those of digestive disorder have the same similarity such as lactose intolerance as well as IBS. They can only vary in severity from mild stomach discomfort to diarrhea that is chronic, weight loss, and inability to absorb nutrients from food. Directly, SIBO affects the guts which courses digestive issues that are uncomfortable, and below are the signs and symptoms of Small intestinal bacterial Overgrowth (SIBO).

WHAT ARE THE COURSES OF SIBO?

WHAT ARE THE SIBO RISK FACTORS?

If you are having some chronic conditions or surgery that can affect the gastrointestinal tract can put you at risk of SIBO. Chronic diseases and other diseases can also maximize your risk of SIBO like diabetes, HIV, systemic sclerosis, hypothyroidism among other many diseases. There are other factors that can heighten the risk of having SIBO like age. Older adults are considered to be at higher risk of SIBO as they have little ability to produce gastric acid that breaks down the food. They are also prone to diverticulosis.

Anatomy can also increase the chances of having SIBO. This is when you have a small intestine with a shape that is unusual. The food movement can be slow when having physical differences in your gut. You may experience this when you undergo surgical procedures, injury in your small intestine, scar tissues from surgery radiation, pouches in your small intestine, or blockages in your GI tract. Medical conditions like diabetes, connective disorders, an immune system that is weak, lupus, and inflammatory bowel diseases can also propel the chances of suffering SIBO.

Small intestinal bacterial overgrowth (SIBO) can course a wide range of symptoms that are nonspecific which contain different degrees of severity and sometimes can make it hard to diagnose. In this case, the doctor will be inquisitive to the patient of symptoms and medical history. The doctor may probe the abdomen for excess gas or bloating signs. If the doctors suspect Small intestinal bacterial Overgrowth (SIBO), will then do a breath test recommendation. The test of breath will measure the hydrogen and methane concentration in an individual’s breath. This test’s result will tell the doctor how severe and the location of bacterial overgrowth in the gut.

The test for breath works as a result of bacteria producing hydrogen and methane when breaking down carbohydrates in the gut. The molecules of methane and hydrogen escape into the bloodstream to the lungs and then escape from the body in the body. For 24 Hours you must take nothing to undergo a breath test. An individual during the test will take a sugar-free lactulose beverage before breathing to a set of tubes or a balloon at a regular interval. Some of the doctors may need to take a sample of your blood, urine, or maybe your fluids from your small bowel for the lab analyses if the breath test does not give a clear result.

HOW TO TREAT SIBO

After the doctor’s test concludes that you’re suffering from SIBO, then he or she will have some prescription of antibiotics, or natural treatments and advise you accordingly on how you are going to change your diet. Most people with malnutrition issues or who become dehydrated as a result of SIBO will also require nutrients and fluid which the doctor may issue through the intravenous (IV) drip. The broad antibiotics and/or natural treatments can help to stabilize the gut microbiota by minimizing the intestinal number of bacteria. The only way to cure SIBO is only address the underlying condition. You may also need to change the diet but there may exist little evidence on which species is the best dieting. The doctors also may not understand the role of changing the diet in the treatment of SIBO. Most of the patients will benefit from treating the underlying medical conditions such as diabetes or celiac disease that may contribute to SIBO.

FOOD TO TAKE WHEN SUFFERING SIBO

The following guideline may help to relieve the symptoms of SIBO. As we have discussed earlier before in this article, carbohydrates are the main intake of gut bacteria. In general, what you need to limit is the intake of carbohydrates to prevent the growth of bacteria. You may also benefit from taking the diets that are low in fermentable foods or in another word FOOD MAPS. This is carbohydrates that are short-chain commonly available in dairy products fruit and vegetables as well as grains. Minimizing the intake of this food may be of great help when it comes to relieving the SIBO symptoms and identifying the food that triggers them. Below is the FODMAP foods;

A diet that is elemental is another good choice for people with SIBO. This is a diet that is liquid-based that most doctors consider when treating people with severe digestive illnesses. This dieting do supplies the nutrients in an easy-to-digest form which makes the body possibly absorb them before the bacteria can consume them. The elemental diet is promising as it seems but it is expensive, complicated, and not sustainable as well. SIBO victims are not permitted for food that is solid or any drinks but only water during the diet. It is recommendable to seek the doctor’s advice before starting this diet. The changes of diet work for people differently depending on the symptoms and how they react to specific foods. The SIBO victim’s advice is to work to seek doctor advice to tailor their diet to manage their symptoms.

HOW DO WE PREVENT SIBO?

In most cases here in San Diego, the reports For SIBO symptoms are reposted a month after completing the antibiotics therapy. The vital component of the management of SIBO is prevention. As a result of underlying medical conditions in their small intestine or physical defeat, people develop SIBO.  What will prevent most of the people from the risk of SIBO is controlling and addressing what is seen to be the root cause of it. The changes in lifestyle and dietary may also be a good prevention of returning SIBO. Plant-based food as well as refraining from overly processed and sugary foods consumption will propel the growth of good bacteria and stop prevent the overgrowth of unhealthy bacteria.  Something else that may be of great help is a regular exercise which regulates the digestive functions of the body.

Small intestinal bacterial overgrowth (SIBO) is considered to be a medical condition where an individual may develop an unusual population of bacteria in their small intestine in a large number. SIBO includes other conditions of digestion such as celiac disease and IBS. The aim of SIBO treatment is to correct the small intestine bacterial balance. The broad-spectrum antibiotics and/or natural treatments can treat SIBO and most people have to have changes in their diet to address nutrition deficiencies. The causes of SIBO like underlying medical conditions if possible must be addressed.